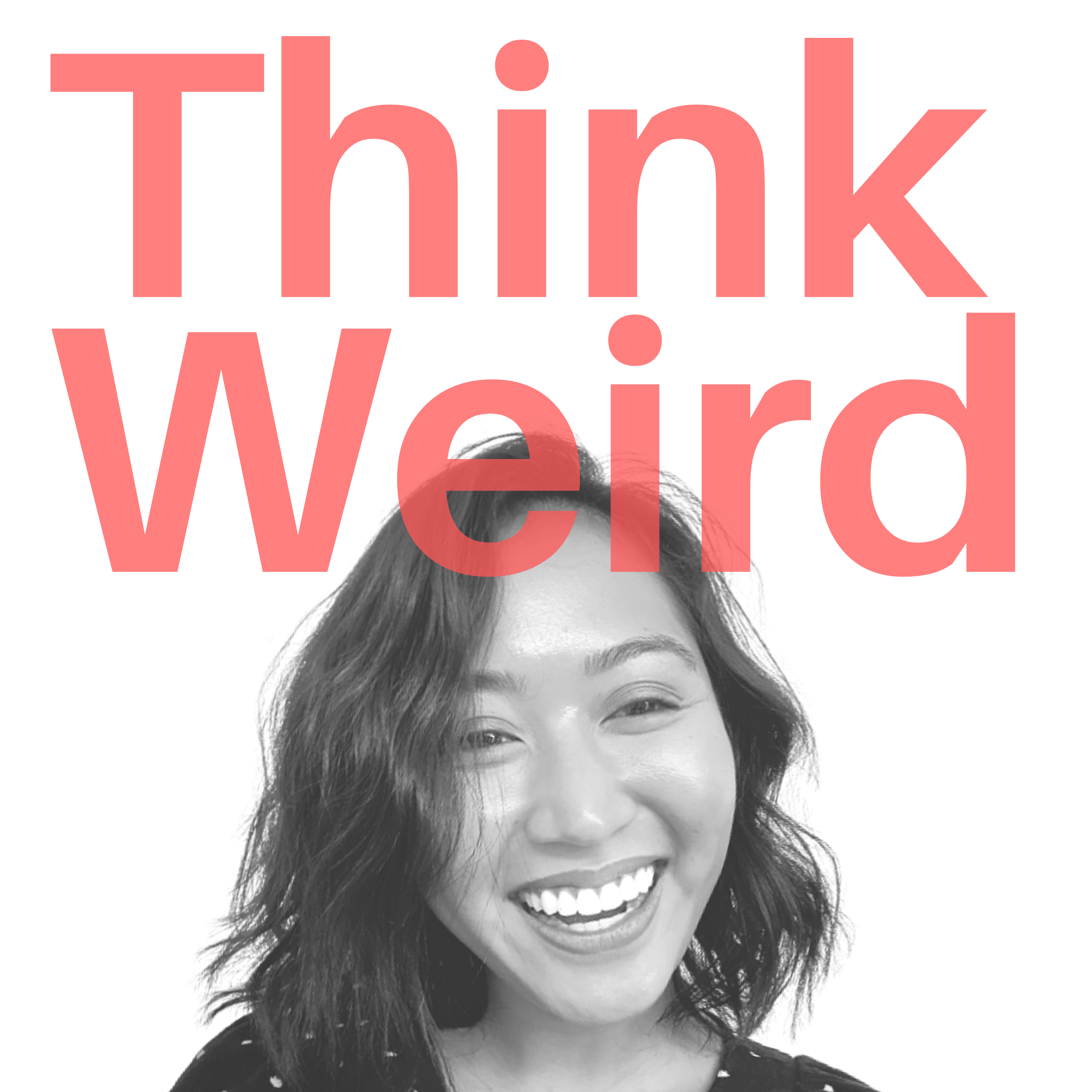 In this episode of "Think Weird", Helen discusses the "Discouragement Dip" (what it is, how to overcome it, and why I think multidisciplinary learning leads to self-mastery).

hello, my name's Helen, and you're listening to the think weird podcast, a place for creative weirdos and entrepreneurs who aren't afraid to innovate by being themselves. Today's episode is inspired by a quote from Nelson Mandela's long walk to freedom in which he says for to be free is not merely to cast off one's chains, but to live in a way that respects and enhances the freedom of others.

The second quote is also the like where you should not judge someone based on their successes. Rather you should judge them by how many times they fell and got back up again. So in essence, today is about self-respect and getting back up again. As a creative myself. I know what it feels like to hear a discouraging word from someone that you care about, to get a "no" from a client, to want something more for yourself, but you're not quite there yet.

Seth Godin calls this, the dip when you're trying hard and it might be day 65, that you're getting one inch closer to your goal. And all you want to do is give up. You're tired. You're exhausted. And you don't want to keep going anymore. But you know, people like Mandela, Steve Jobs, Gary Vaynerchuk, and Chris Do

kept going. Even when it was day 6,665, they didn't quit. And that's what I want to help you with today. I don't want you to become a greater like me who had it's so close a year ago and then decided to stop because she burnt out. I was. So don't just consider this a motivational talk because I'm not just here to motivate you.

I'm here to take you to action. This is actually what I do with some of my coaching clients in my creative consulting business. So here's what usually happens. You hustle super hard. You get the clients, you get the pay, you get the motivation. And then somewhere along the line, the money isn't being generated at the speed that you want to work even harder.

And then at some point, you've just reached a place where you burn out because there is that lack of purpose being driven, where your focus could be on the money. It could be on the project, but it's not on who you are and how you want to develop as a creative. I think sometimes we can be pulled in so many different directions based on what's trendy.

Oh, take talk is going to be the new platform. Instagram is going to be this new platform because reels are coming famous. Oh, you should be uploading courses on Kajabi. There are all of these distractions that happen to us based on actually not even based on the moment we decide to focus, we start to move from a place of belief to disbelief because we haven't done it before.

And sometimes disbelief is our mechanism for self-sabotage because we're not understanding who we are. Or rather, we're not understanding the value of consistency over a longer period as a consultant. I love reading books about a plethora of subjects, because it gives me stories to take and learn from, for example, I love reading about finance because of some of the people that have.

The largest amounts of respect for a longer, probably the longest period is Warren Buffet and Charlie Munger, the chairman and the vice-chairman of one of the biggest investment holding companies, Berkshire Hathaway, they've both generated probably the most money in the entire world, but did he know that Warren buffet earned 81.5 billion?

Of his 85 billion chairs after he turned 85, he once said that you know, people who are ready for the tide, people usually know them because when there's a financial tide that occurs, they're wearing bathing suits. And I say that because, you know, investing is a wonderful analogy because not every day and the investment banks are you going to be earning.

They're willing to acknowledge that there's always opportunity and room to grow. And so when you're feeling. Discouraged understand that sometimes it's part of the process. Alex R moseys said that sometimes you have to outwork your doubt. They're going to be moments where you feel as if you know, the world is crumbling and things are just not what you thought they would be.

But the truth is that sometimes dreams are better because of those unexpected turns. They teach us to think on our feet. They wouldn't give us sticking points and stories and plot lines to overcome, because we sure do love a hero's journey. When we're someone could overcome something that we could easily relate to.

Our struggles often provide the mental muscle necessary to pivot in a different direction. They help us anticipate for next time. Oftentimes our decision-making is riddled with heavy emotions, but they also. Have key insights as to what our intuition is based on in the past. And what we've gone through is people, for example, in Malcolm Gladwell's book Blink, he talks about certain instances where nurses can tell what the symptoms of heart disease are just by looking at someone's face or how artists can understand whether something is a fake or something's really.

But they wouldn't have reached a place of instinct if they didn't continue to practice their craft for years on end, it takes trial and error, and you'll never be able to get there unless you're willing to fail. It's just like that old Coldplay song. If you never know, sorry, it doesn't go like that. If you never try, I'll never know just what you want.

I'll say that again because it's never ringing. True. I think this is the gist of this episode if you never try. You'll never know just what you want when you feel discouraged. The only thing we can control at the moment is how we respond to the situation. Feelings of discouragement will come. They are inevitable, especially in the creative journey, but the one thing we can do is we can get quiet, be in a place of introspection and ask what actions we can, or we need to take now to jumpstart and outwork.

The doubt that we. Your feelings are valid, but they're not facts. Your feelings are not facts. And sometimes you have to take the raw data of what you need to do to bet on yourself. To invest more in your growth. So if I could give you any homework in the think weird podcast, if I am allowed, I would say that the number one thing that you can do to overcome discouragement and to reach a practice of self-awareness, is what can you do for yourself?

Can you journal, can you go on a walk? Can you talk to a trusted friend or process, find something that you can do an action that you can take to help outwork the doubt that you have. My name is Helen. I'm a creative consultant and this is thought weird podcast. If you want more of this, or if you want to work with me, my email will be down below right now.

I'm taking a very small clientele and I'd like to work with you. If this is something that you're struggling with, the discouragement, or if you're a first-generation creative first in your family. First in this country to go to college or to have a career in the creative industry, I'd love to help. And I'd love to talk to you.

So thank you for listening to the think weird podcast. If you think that this episode is going to help somebody, please send it to someone to spread the message. Otherwise, I'll talk to you in the next episode.

Email has been submitted.

Here are some great episodes to start with.